For over 70 years, AAJ has successfully defended Americans’ right to trial by jury and continues to fight every day to protect our practices, our clients’ rights, and our civil justice system.

Tonight, America mourns the loss of a national treasure, trailblazing advocate, and civil justice champion. Justice Ruth Bader Ginsburg spent a lifetime fighting to protect the rights of Americans, becoming a transformative figure on the Supreme Court. With her fierce support of the rule of law and the protection of the individual, she rightfully became a cultural icon. In 1993, Justice Ginsburg became the second woman ever appointed to the Supreme Court. As the 107th Justice on the Supreme Court, much of her work during 27 years on the Court was devoted to the deep-rooted principle that America’s courts must be open for every person who has been discriminated against or wrongfully harmed to seek justice. Justice Ginsburg dedicated her life to advancing the rule of law and achieving equal justice for all people and was a persistent advocate for gender equality and women’s rights.

That commitment is reflected in her opinions giving broad scope to the statutory remedies Congress has established, including those that would allow suits by injured railroad workers and seafarers. Her dissent from the Court’s 2007 decision rejecting a woman’s suit for equal pay as untimely was later vindicated when Congress passed and President Obama signed the “Lilly Ledbetter Fair Pay Act,” amending those time limits.

Justice Ginsburg opposed decisions that closed courthouse doors to American workers, consumers, and patients through federal preemption of traditional state tort remedies and through forced arbitration provisions. She also recognized that civil justice in America includes the right to trial by jury, guaranteed by the Seventh Amendment. She dissented from decisions that allow judges to overturn punitive damage verdicts rendered by juries in fair trials.

The daughter of an immigrant, she represented the ideals of this nation and fought to preserve access and opportunity for all in their pursuit of the American Dream. We deeply mourn the passing of Justice Ginsburg, and we honor this pioneering champion and her dedication to justice for all.

A Dedicated Community of Trial Lawyers Fighting for Justice

Find your home with AAJ and connect with Trial Lawyers who are dealing with the same challenges and obstacles you face in fighting for your clients.

Only AAJ can give you the national representation you need

AAJ Advocacy protects the rights of your clients and preserves the ability of trial lawyers to practice for generations to come.

AAJ Education is developed by Trial Lawyers for Trial Lawyers. Choose from in-person, on-line and on-demand learning to best suit your needs.

Learn More
Welcome to the new justice.org! Take a few minutes to explore the site and come back soon. We will be rolling out additional features and services over the next several months.
Tobi Millrood Sworn In as President

Tobi Millrood was sworn in as the new President of AAJ during AAJ's 2020 Amped-Up Virtual Convention. He is joined by officers Navan Ward, Tad Thomas, Sean Domnick, Lori Andrus, Bruce Plaxen, and Bruce Stern. Hear from Tobi about his goals for the upcoming year.

Tools For Your Practice 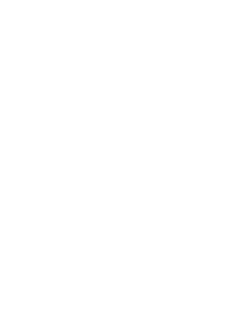 AAJ provides exceptional education, unparalleled advocacy, and a network of trial lawyers across the world. With over 150 members-only communities, you will be connected to other trial lawyers who can help you grow your practice and successfully achieve justice for your clients.

prev
next
Making Your Voice Heard

AAJ is the advocacy voice of trial lawyers at a national level. We continually and effectively block attempts in Congress to preempt state civil justice laws and play a vital role in protecting your practice.

When you join AAJ, it's easy to build your referral base with the help of our networks. AAJ offers more than 150 members-only groups and communities connecting you with other plaintiff lawyers looking for help with a case. In just a few clicks you can expand your referral network with trial lawyers from across the country