In 2017, corporations engaged in cover ups and frauds affecting millions of Americans 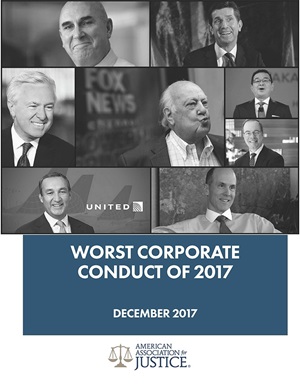 In 2017, corporations engaged in a series of cover ups and frauds that affected millions of Americans. From Equifax profiting off its massive data breach, to Takata replacing its deadly airbags with more deadly airbags, to Wells Fargo’s seemingly never-ending series of schemes to rip off its customers, corporations put profits before safety like never before.